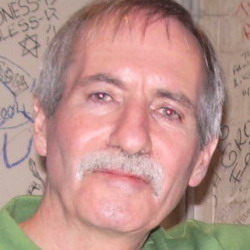 Pat was born in Limerick in the west of Ireland in 1945 and spent his early years in the English cities of Liverpool and Coventry where his father worked as a coalminer.

When he started singing and playing the guitar Pat spent two years travelling around Europe playing Beatles and Bob Dylan songs in the streets. His introduction to Irish Music came via the late great singer Luke Kelly of The Dubliners, whom he first met in Ewan McColl’s singers club in London.

Find out more about Pat Cooksey