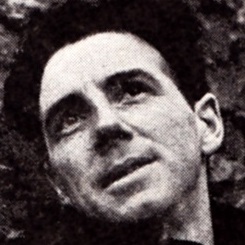 Patrick Michael Clancy (7 March 1922 – 11 November 1998), usually called Paddy Clancy or Pat Clancy, was an Irish folk singer best known as a member of the Clancy Brothers and Tommy Makem. In addition to singing and storytelling, Clancy played the harmonica with the group, which is widely credited with popularizing Irish traditional music in the United States and revitalizing it in Ireland. He also started and ran the folk music label Tradition Records, which recorded many of the key figures of the American folk music revival.

Find out more about Pat Clancy

I Know Who Is Sick
« Padraig MacCumhaill
Pat Cooksey »