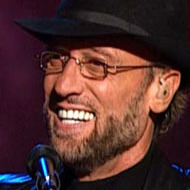 Maurice Ernest Gibb CBE (22 December 1949 – 12 January 2003) was a British musician, singer, songwriter and record producer who achieved fame as a member of the Bee Gees. Although his elder brother Barry Gibb and fraternal twin brother Robin Gibb were the group’s main lead singers, most of their albums included at least one or two songs featuring Maurice’s lead vocals, including “Lay It on Me”, “Country Woman” and “On Time”. The Bee Gees were one of the most successful rock-pop groups of all time.

Find out more about Maurice Gibb