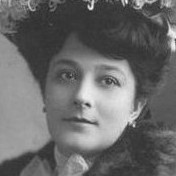 Maude was born in Brooklyn, New York. She became a vaudeville singer, singing at venues like The Abbey and Tony Pastor’s.

In 1896, she composed and wrote the lyrics to “Sweet Rosie O’Grady”, which became one of the most popular waltz standards of the time. The song was initially rejected when she tried to sell it to Tin Pan Alley publisher Joseph W. Stern & Co. Stern’s partner Edward Marks recounted that they changed their minds as soon as she left their office to market it elsewhere, and he chased her down the street to make an offer.

Find out more about Maude Nugent