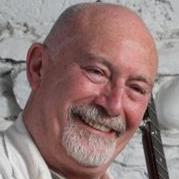 Terence Woods (born 4 December 1947 in Dublin, Ireland) is an Irish folk musician, noted for playing the mandolin and cittern, but also plays acoustic and electric guitar, mandola, five-string banjo and concertina. He is also a singer and songwriter. He is known for his membership in such folk and folk-rock groups as The Pogues, Steeleye Span, Sweeney’s Men, The Bucks and, briefly, Dr. Strangely Strange and Dublin rock band Orphanage, with Phil Lynott, as well as in a duo/band with his then wife, Gay, billed initially as The Woods Band and later as Gay and Terry Woods. Woods has toured with The Pogues on their reunion concerts.

Find out more about Terry Woods