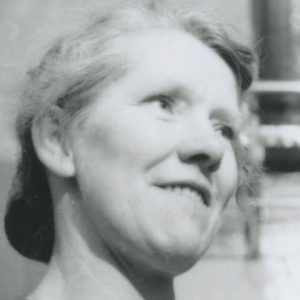 In the 1950s, song collectors from the United States toured Ireland recording its musical heritage. Makem was visited and recorded by, among others, Diane Guggenheim Hamilton, Jean Ritchie, Peter Kennedy and Sean O’Boyle. Her rendition of “As I Roved Out” opened the BBC Radio folk music programme of the same name in the 1950s.

Find out more about Sarah Makem