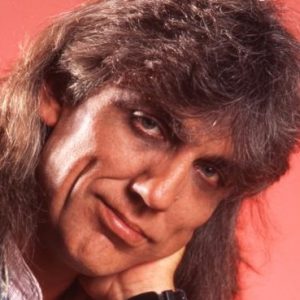 Jonathan James “Jon” English (26 March 1949 – 9 March 2016) was an English-born Australian singer, songwriter, musician and actor. He emigrated from England to Australia with his parents in 1961. He was an early vocalist and rhythm guitarist for Sebastian Hardie but left to take on the role of Judas Iscariot in the Australian version of the stage musical Jesus Christ Superstar from May 1972, which was broadcast on television. English was also a noted solo singer; his Australian top twenty hit singles include “Turn the Page”, “Hollywood Seven”, “Words are Not Enough”, “Six Ribbons” and “Hot Town”.

Find out more about Jon English