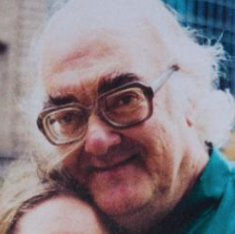 W. Gordon Smith (13 December 1928 – 13 August 1996) was a Scottish playwright. He was born in Edinburgh and lived most of his life there. He wrote many plays including the one man show, Jock, made famous by Russell Hunter. He also wrote the lyrics, Come By The Hills, set to the tune of the traditional Irish song, Buachaill o’n Éirne Mé. In addition he wrote books on the artist William George Gillies and on the author Robert Louis Stevenson and was instrumental in bringing the Scottish arts scene to BBC Scotland.

Find out more about Gordon Smith