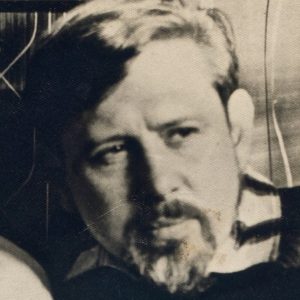 James Henry Miller (25 January 1915 – 22 October 1989), better known by his stage name Ewan MacColl, was an English folk singer of Scottish parents, songwriter, folk song collector, labour activist and actor. He is known as one of the integrators of the 1960s folk revival as well as writing such songs as “The First Time Ever I Saw Your Face” and “Dirty Old Town”.

MacColl collected hundreds of traditional folk songs, including the version of “Scarborough Fair” later popularised by Simon & Garfunkel, and released dozens of albums with A.L. Lloyd, Peggy Seeger and others, mostly of traditional folk songs. He also wrote many left-wing political songs, remaining a steadfast communist throughout his life and engaging in political activism.

Find out more about Ewan MacColl