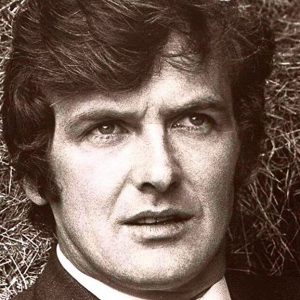 Brendan O’Reilly (14 May 1929 – 1 April 2001) was an Irish Selected Olympic high jumper, broadcaster, journalist, actor, singer and songwriter (best known for the ‘Ballad of Michael Collins’ and the Olympic song, ‘Let the Nations Play’. He is best known as presenter of the long-running Sports Stadium. Between 1966 and 1968, O’Reilly had the honour of commentating for Ireland at the Eurovision Song Contest, as well as presenting the National Song Contest (to select Ireland’s Eurovision entry) from 1966 to 1970.

Find out more about Brendan O’Reilly