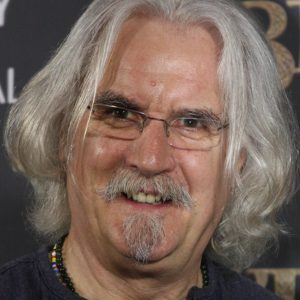 Sir William Connolly CBE (born 24 November 1942) is a Scottish former comedian, actor, musician, artist and presenter. He is sometimes known, especially in his homeland, by the Scots nickname The Big Yin (“The Big One”). Known for his idiosyncratic and often improvised observational comedy, frequently including profanity, Connolly is regarded as one of the greatest and most influential stand-up comedians of all time, having topped many polls conducted in the United Kingdom.

Find out more about Billy Connolly